Autumn brings the Melancholic season, with mists and mellow fruitfulness, but especially it is the time of the mushroom. Mushrooms are herbs of Saturn and are a wonder, neither plant nor animal they reside in a category all of their own. Mushrooms grow in dark, damp places, on or near trees, in fields on cowpats and dead leaves. They transform dead and decaying matter into potent medicine as well as tasty food. Mushrooms communicate with one another through the Wood Wide Web, bringing nutrients to new growth and taking them from dying trees.
What we see of the mushroom is the fruiting body, most of the interesting work happens underground, invisible to the casual observer. If you cultivate a mushroom in a petri bowl on agar agar, its actual ′′ shape ′′ becomes visible.

So mushrooms connect, re-use and re-purpose decaying matter.
The Melancholic temperament dervives from the element earth. Earth conserves and preserves, nothing is wasted in nature, everything has its place and purpose. There is an economy and order about earth which understands the value of the material world and respects and protects it.
Mushrooms work deeply on the body, as you would expect from a herb of Saturn, they are concerned with structures and deep, deep memory. Mushrooms work at the cellular level in the body (and many are used in cancer treatments) they restore the Vital Force after a debilitating illness, shock and trauma.

Mushrooms also work in the psyche. Magic mushrooms (Psilocybin) are one of several mushrooms currently being tested as  a treatment for depression (a Melancholic condition) both as microdoses and in pharmacological doses. Results have been encouraging, as the visions (hallucinations) produced allow the sufferers to journey back to their trauma and heal it. One participant escribed the exerience as ‘breaking my mental shackles.’ (Guardian:10.6.2019.) Which is interesting imagery for a herb of Saturn.

Psilocybin mushrooms are sacred plants all over the world. Aztecs called mushrooms teonanácatl, or “Sacred flesh”, recognising their spiritual energy.

In Northern Europe psilocybin has long been used in ritual, for contacting spirits and Spiritual journeying.

I share the belief of many of my contemporaries that the spiritual crisis pervading all spheres of Western industrial society can be remedied only by a change in our world view.

Albert Hofmann was a Swiss chemist who first isolated LSD in his lab in Switzerland from the ergot fungus. His aim was to find a pharmaceutical extract which was a respiratory stimulant. On 16th of November 1938 he accidentally ingested some of the extract which would be known as LSD25. He later described the experience,

‘It gave me an inner joy, an open mindedness, a gratefulness, open eyes and an internal sensitivity for the miracles of creation…. I think that in human evolution it has never been as necessary to have this substance LSD. It is just a tool to turn us into what we are supposed to be.’ (speech on his 100th birthday)

On that day Pluto was at 1’Leo 28′ conjunct his natal Moon at 1’07 and Jupiter was conjunct his MC at 23’Aquarius 40. What is interesting in his horoscope is the Mercury Pluto opposition across his Ascendant/Descendant axis. Pluto and Ascendant in Gemin (perhaps representing the academic, rational mind) opposing Mercury in Sagittarius, the higher mind, spiritual exploration, and perhaps boundlessness. He wrote about his childhood mystical experiences in nature,

‘It was these experiences that shaped the main outlines of my world view and convinced me of the existence of a miraculous, powerful, unfathomable reality that was hidden from everyday sight’

The research was put to one side until 19.04.1943 when he took the first intentional dose, then Mars was at 1’Pisces 11 conjunct his natal Saturn (which was widely conjunct his MC and also the almuten of his chart). I have always believed that Mars rules psychedelics and Mars conjunct Saturn in Pisces does suggest an unusual ‘trip’. This day later became known as ‘bicycle day’ because Hofmann began to feel the efects while riding his bicycle home, he reocrded he was,

‘affected by a remarkable restlessness, combined with a slight dizziness. At home I lay down and sank into a not unpleasant intoxicated[-]like condition, characterized by an extremely stimulated imagination. In a dreamlike state, with eyes closed (I found the daylight to be unpleasantly glaring), I perceived an uninterrupted stream of fantastic pictures, extraordinary shapes with intense, kaleidoscopic play of colors. After some two hours this condition faded away.’

His lab, Sandoz began marketing LSD as a panacea for mental illnesss. Later Hofmann described LSD as ‘medicine for the soul.’ The drug was used in psychotherapy until it was banned by various governments. As would be exepcted for a research scientist, Hofmann had a Melancholic Temperament.

Hofmann also worked on psilocybin mushrooms and it was from Hofmann that Timothy Leary and Richard Alpert (later Ram Dass) obtained their samples of psilocybin for the Harvard Psilocybin Project.

Leary first took psilocybin in Cuernavaca, Mexico in August 1960, when Chiron was conjunct his natal Uranus at 0’Pisces 52 (note this is the same degree as Hofmann’s Saturn, 0’Pisces18′). Neptune was also exactly conjunct his north node at 6’Scorpio54, showing his path in life. Returning to Harvard, where he was teaching psychology, Leary with Alpert started their psilocybin project which ran until March 1962. (Aldous Huxley was one of the members of the project-see previous post). The project became notorious because Leary and Alpert took the drugs togther with students. The experiment had thirty eight participants. Three quarters of the participants said their trip was pleasant, while sixty nine percent reported a ‘marked broadening of awareness’. During that year one hundred and sixty seven people took part in the experiments and over ninety five percent of them reported it had ‘changed their lives for the better’.

Harvard was not happy and on 14th March 1962 there was a meeting between Leary and Alpert and Harvard which turned into a trial of their research. This marked the beginning of the end of their research. There was a Mercury Jupiter (the law-Jupiter, arguments-Mercury, the collective-Aquarius) conjunction that day (27’Aquarius 21) which was exactly conjunct Leary’s Moon at 27’49. Uranus was also opposite his Moon at 27’Leo29, showing a split from his ‘home’ (Uranus/Moon). The Moon was around 8’Cancer (we don’t have the exact time of the meeting) but Moon, Pluto aspects are explosive and usually show endings and power struggles. Leary’s Pluto was in his 7th house of open enemies. Finally, on that day Mars was conjunct his Uranus at 1’Pisces19 (and therefore conjunct Hofmann’s Saturn), which again shows splits and fights (Uranus/Mars).

Leary and Ram Dass left Harvard shortly afterwards and began publicising their work on LSD and psilocybin, and the counter culture was born. In 1968 both LSD and psilocybin were made class 1 illegal drugs in the USA and later in the UK and other Western countries. Nixon once described Leary as ‘the most dangerous man in America’. Leary wrote in 1964,

‘A psychedelic experience is a journey to new realms of consciousness. The scope and content of the experience is limitless, but its characteristic features are the transcendence of verbal concepts, of spacetime dimensions, and of the ego or identity. Such experiences of enlarged consciousness can occur in a variety of ways: sensory deprivation, yoga exercises, disciplined meditation, religious or aesthetic ecstasies, or spontaneously. Most recently they have become available to anyone through the ingestion of psychedelic drugs such as LSD,psilocybin, mescaline and DMT. Of course, the drug does not produce the transcendent experience. It merely acts as a chemical key — it opens the mind, frees the nervous system of its ordinary patterns and structures.’

Notice that the almuten of Leary’s chart is also Saturn (like Hofmann’s) which is found in analytical Virgo in the 9th house of spiritual exploration. His chart ruler, Jupiter is also found there, widely conjunct the Saturn. His Moon/Uranus conjunction shows his radicality and the Moon, ruling the 8th house of the unconscious is closely trine his charming, sociable Sun in Libra, which may account for his fame and his ability to attract wealthy patrons.

There is a deal of synastry between Hofmann and Leary as you would expect. Leary’s Moon was conjunct Hofmann’s MC, and his radical Uranus was conjunct Hofmann’s Saturn. There was a really close opposition between Leary’s Jupiter and Hofmann’s 10th house Mars in Pisces, and Hofmann later said that the counterculture had misused LSD which was why it had been made illegal. Similarly, an almost exact opposition between Leary’s Venus at 28’02’ Scorpio and Hofmann’s Jupiter at 28’38’Taurus shows the difference between the hard working scientist (Taurus/Hofmann) and the explorer of the forbidden (Scorpio/Leary).

Hofmann described his motivation to study chemistry in 1996, which to me encapsulates the deep thought, attraction to nature and fine mind of the Melancholic.

‘ This decision was not easy for me. I had already taken a Latin matricular exam, and therefore a career in the humanities stood out most prominently in the foreground. Moreover, an artistic career was tempting. In the end, however, it was a problem of theoretical knowledge which induced me to study chemistry, which was a great surprise to all who knew me. Mystical experiences in childhood, in which Nature was altered in magical ways, had provoked questions concerning the essence of the external, material world, and chemistry was the scientific field which might afford insights into this.’

There are other mushrooms of course, here is what I wrote about one commonly found in the UK and USA. Turkey Tail mushrooms work deep in the body and can be used to heal ancestral trauma, banish and transmute what is rotten and outworn.
‘It has the indifference of universal love, and teaches lessons on sadness, solitude and regret.’
(Traditional Western Herbal Medicine).

I will be speaking at this conference about Traditional Herbal Medicine &  Astrology and Herbs and Cultural Appropriation.
Free Online Event
Future of Plant Medicine Summit
September 27 – October 1, 2021


Online Courses
My first online courses are nearly finshed! I hope to release them very soon, watch this space! 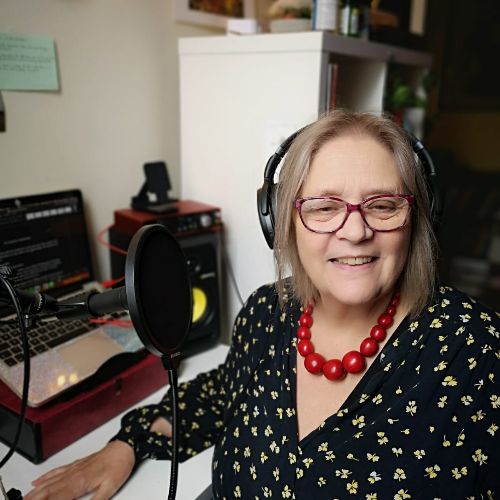 Greek Island Summer School
Joanna Watters and I managed it again this year, endless testing not withstanding, and we had a great time. It was lovely to be out of the UK briefly and to see the sun, which has been sorely lacking this year. So thank you to Joanna and all intreped souls who made it out to Nidri.
We are already planning next year! 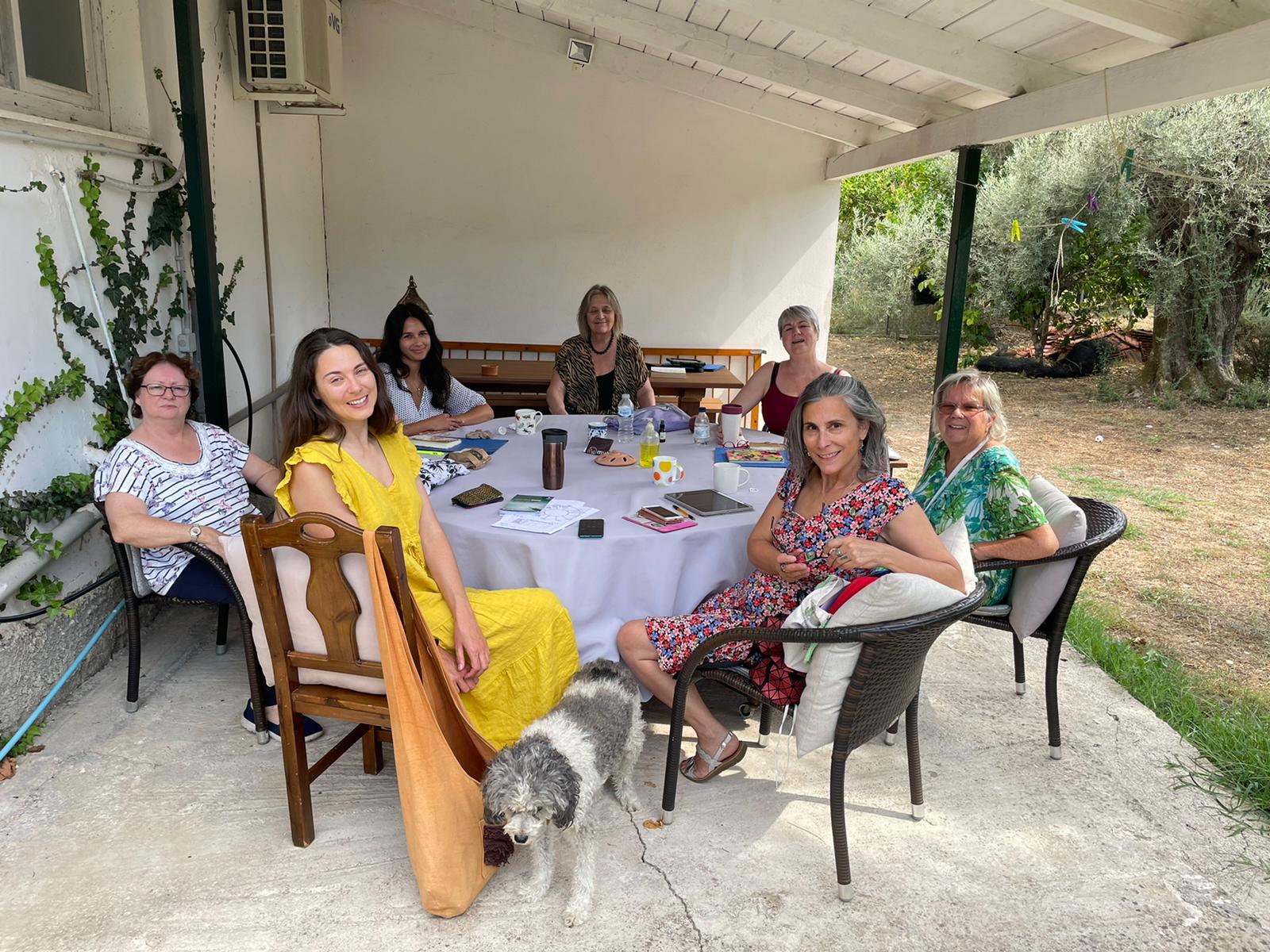 Thanks to Diane, Sue, Anna, Eileen, Mo and Nieve.